Working on the ground

By introducing the Personal Health Record Initiative, WBFA began a new chapter in MNCH in Africa. But for Mrs Saraki and her networks, it was just the beginning. Following are details of other campaigns that WBFA has either led or supported, both now and in the last few years. We have expanded this initiative to include the provision of ‘Mama-kits’ for safe delivery and prevention/ treatment of post-partum hemorrhage PPH. 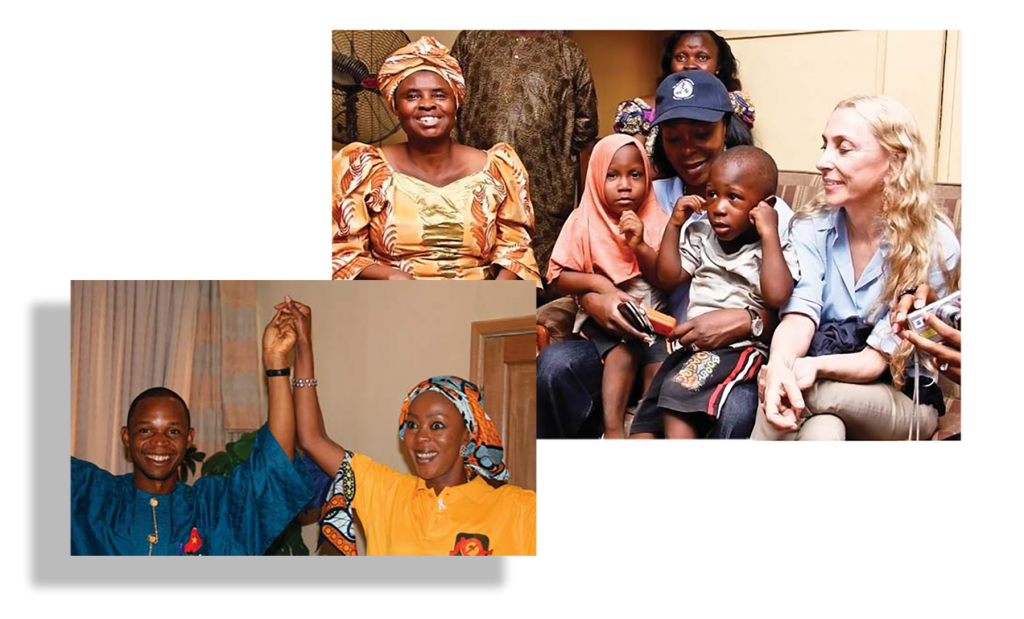 We mentioned earlier the need for innovation that would help women in rural areas better space or plan their families. So when FHI360 piloted an injectable contraceptives programme in ten rural communities in Funakaye and Yamaltu/Deba Local Government Areas in Gombe state, WBF Africa came out in full support. The findings showed that women preferred community-based access to these injectable contraceptives over facility provision and that, as a process, it was as safe as on-site injections. This provided solid evidence for a policy change, and civil society organizations, led by WBF Africa, White Ribbon Alliance Nigeria (WRAN) and FHI360, were relentless in advocating for the new policy.

After coordinating individual meetings with the Federal Ministry of Health and the State Commissioners to make the case for passage of this policy, we persuaded the Nigerian government into making a commitment to increase the prevalence of contraceptives from 15% to 38% by 2018 and increase family planning spending by 300%. And we’re not stopping there – we’re continuing our campaign with the Federal Ministry of Health to review the curriculum for community health extension workers. This will ensure that they’re properly trained to deliver these beneficial services at the community level, and to provide guidance to State Governments on implementing this policy change support state level implementation. 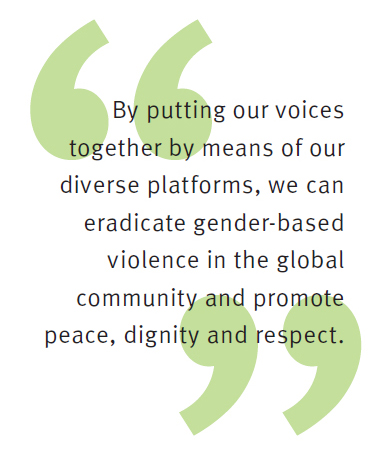 The WBFA’s involvement in the White Ribbon Alliance Nigeria is further testament to the Foundation’s dedication and fundamental advocacy on maternal health and child survival. As an elected member of WRAN’s Board of Directors, Mrs Saraki will be perfectly placed to pursue the attainment of the UN’s Millennium Development Goals 4 and 5. By regularly partnering with the White Ribbon Alliance, the Global Partnership for Maternal Newborn and Child Health and the Paediatrics Association of Nigeria, we can take further active measures to reduce maternal and infant mortality in Nigeria.

Forming a coalition to lead on an issue that affects millions of people across the world regardless of social or economic status is, as Mrs Saraki said at the campaign launch, a powerful tool: “By putting our voices together by means of our diverse platforms, we can eradicate gender-based violence in the global community and promote peace, dignity and respect.”

WBF Africa is actively supporting the coalition on three fronts:

In a further campaign element, and in a unique effort to promote peace and solidarity in Nigeria, WBFA and its frontline advocacy networks (the Wellbeing Foundation Nigeria, the Wellbeing Foundation Alaafia Kwara, All Kwara Women’s Confederation of Groups and Associations, and the White Ribbon Alliance Nigeria (WRAN) Kwara) collaborated in a first-of-a-kind two-day Peace Summit at the Kwara State capital of Ilorin. Convened by the Office of the First Lady, Kwara State, H.E. Deaconess Omolewa Abdul-Fatah Ahmed, the Peace Summit was facilitated in support of the activities of the African First Ladies Peace Initiative led by H.E. Dame (Dr.) Patience Goodluck Jonathan, First Lady of the Federal Republic of Nigeria.

The Wellbeing Foundation Africa kicked off 2012 by hosting Italian designer Roberto Cavalli and Vogue Italia editor Franca Sozzani under the Wellbeing Foundation Africa Countdown to 2015 advocacy campaign in partnership with the United Nation’s Every Woman Every Child (EWEC) initiative. The aim was to mobilise both the international and local fashion industry to focus on MNCH issues. Mrs Sozzani was able to see the challenges and local MNCH solutions first-hand when she visited the poorest parts of Lagos, making stops at Massey Street Children’s Hospital, Odi-Olowo Local Community Development Agency (LCDA), and the Traditional Birth Centre in Kojola.

This led shortly after to the WBFA receiving the commitment of Fashion 4 Development (F4D), a global platform working to advance the UN MDGs and promote dynamic collaborations between the fashion community, governments, civil society and multilateral agencies in order to harness the economic opportunities of the fashion industry while empowering vulnerable groups – and in particular women and young people.

Echoing this sentiment, Ms. Evie Evangelou (pictured left) – the Global Chair of F4D – stated, “We are making our contribution by mobilising the global fashion industry to implement creative strategies for sustainable economic growth and empowerment of communities worldwide.” Like the WBFA, therefore, F4D is acting as an impetus

for urgent action against preventable death and disease among the world’s most vulnerable people in partnership with the Every Woman Every Child effort.