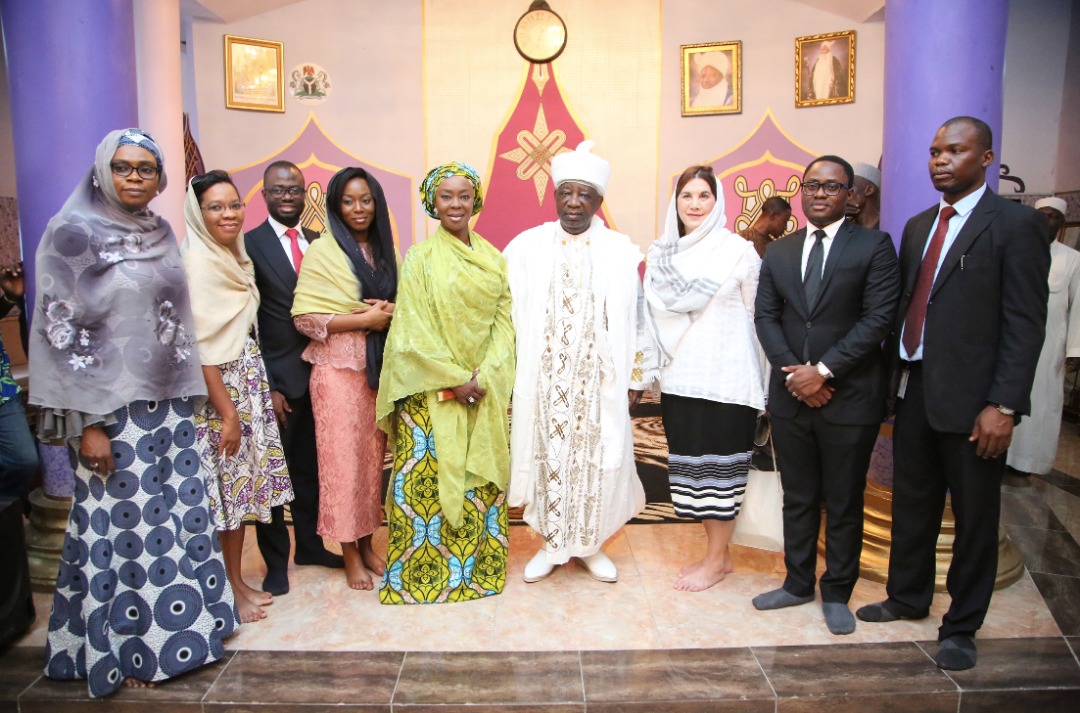 A Spokesman for Her Excellency Toyin Saraki, acclaimed and highly respected Global Health Philanthropist, and Former First Lady Of Kwara State (2003-2011) has responded to the news of a petition regarding security of the Hajj Camp community and a nearby piece of land duly purchased by her Foundation for future projects, by calling upon the Executive Governor Mallam Abdulrahman Abdulrazaq, and the State Commissioner of Police, to immediately take steps to stamp out the proliferation of criminality, enjoin members of the public in being good neighbours, and restore the safety, security and harmony that erstwhile reigned Kwara State.

In a statement released and made available to press, the Community Outreach Officer, Monitoring and Evaluation to Her Excellency Toyin Saraki stated:

“We are horrified by reports ostensibly from inhabitants of that community, that other members of that community have allegedly long encroached upon the land for nefarious purposes, and puzzlingly, these petitioners have never previously reported this criminality to us. In fact, it is crystal clear that these latter-day petitioners may have questions to answer as to their concealment of this alleged criminality, if indeed true, for several years.”

“The land was purchased as undeveloped bush, and earmarked for future development, scheduled for when the surrounding community reaches the required population and residential density.”

“A detailed pre-project construction land survey recently took place, and there were no reports whatsoever of any activity on the lands, although the Kwara State Lands Bureau had previously apologised for their unilateral encroachment upon the land in the form of dividing it with a public access pathway, while encroachers from within the community sought forgiveness from Her Excellency to overlook their own varied encroachments, which they promised to vacate and remedy.”

“Because we recall recent public reports of His Excellency Governor Abdulrahman Abdulrazaq recently uncovering and destroying suspected herder-militia settlements suspecting of harbouring criminals capable of breaching the peace in other parts of Kwara State, we must now insist that Mr Sola Fafoluyi, Special Assistant to the Governor on Media, who is also a publisher of www.fidelinfo.com –   whom has acted as agent for the peitioners in publication of their petition, in which he claims intricately detailed knowledge, to immediately present himself and the apparent petitioners to both the State Commissioner of Police, the DSS, and this Office, to provide all information of the alleged nefarious criminals that have apparently according to him, operated clandestinely, but of which he appears to be in possession of details, so that they may be traced and investigated without delay, in order to restore the safety and security of the land, ahead of its purposed development.”

“We remind Mr Fafoluyi, and his alleged public petitioners, that all good Kwarans in the State of Harmony, should indeed be their brother’s keepers, so we are astonished of Mr Fafoluyi’s concealment of apparent encroachment for criminal purposes, which were undetected at regular land survey visits. Mr Fafoluyi’s actions of omission in never previously reporting such is perplexing to us, and we insist that he must help the authorities and this office, immediately with our enquiries, while we assess whether that community, and indeed Kwara State, is meritorious of the proposed project for that land.”

“It would be unfortunate if a risk assessment review based on Mr Fafoluyi’s alleged findings will inform the shelving of the proposed project for that land, as it is widely acknowledged that her decades-long efforts have been a significant beneficial contribution to Kwara State’s enviable status since 2010 as the first of Nigeria’s northern states to be ‘Fit For A Child’ according to UNICEF, and its similarly sustained position for several years as the State with the lowest Under-5 mortality in the land, in the light of UNICEF’s latest assessment that Nigeria has overtaken India as the largest contributor to Under-5 deaths in the world.”

“We thus call upon the Governor as the Chief Security Officer of Kwara State, and the Commissioner of Police and State Director DSS to immediately make efforts to flush out the alleged miscreants, whomsoever they may be, and bring them to book, in order to restore the safety and security of the community within Kwara State’s total land mass measured at 36, 825 sq km 2, and provide our organisation with the confidence in same security and peace, which we require to proceed with much needed community investments at this time.”